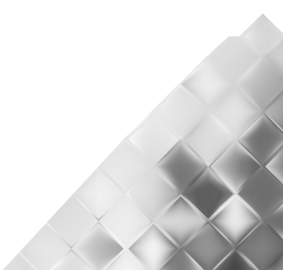 Empowering women to participate fully in economic life across all sectors is essential to build stronger economies, achieve internationally agreed goals for development and sustainability, and improve the quality of life for women, men, families and communities. The private sector is a key partner in efforts to advance gender equality and empower women. Women's empowerment is the process in which women elaborate and recreate what it is that they can be, do, and accomplish in a circumstance.

Neeta Lulla, fashion designer; Amrita Rao, Actress; Mini Mathur, Anchor; Isha Kopikar, Actress; Sonali Kulkarni, Actress were some of the eminent women who contributed to our initiative with their esteemed presence. They shared their opinion about women achieving great progress and recognition in all fields given the tools and direction towards their dreams. Their inspirational stories and hard work have led them to be the pride of Maharashtra.

Our event aimed at recognizing their great contributions to various industries to motivate them women to walk on any path and lead the nation. With the vision of telling tales and reaching out to people, our platform created awareness to choose the path of women empowerment.

The Dream of a borderless Nation! Asia One is an effort to evoke the possibilities of innovative & neo-futuristic aspects of One vision, one identity and one culture. The Continent of 4 little letters, 3 billion dreams. The rise of the Asian powerhouse with a mission to be supreme is the goal we strive to achieve. With a foresight to build border less Asia, sharing the benevolence of our vision, identity and culture we would like you to voice your thoughts. This lead to a successful amalgamation of perspectives for achieving the greater union, Asia One. This shall evoke a sense of responsibility, innovative solutions and dedication towards an aspiring and celebrating Asia. Our Symposium was attended by dignitaries from Malaysia, Singapore, Philippines, Indonesia, Thailand, Sri Lanka and India. We were honored by the presence of Mr. A.T. Kumararajah, Deputy Director (MAICCI); Datuk Seri Garry Chua, President, Malaysia Retail Chain Association & Mr. Surendra Menon, Deputy General, Malaysia Indian Business Council as guest of honour. Farah Ann, Dato’ Fazley Yakoob, Chef, Winner of MasterChef Malaysia; Sherene Azli, CEO of Malaysian Healthcare and Travel Council; Julian yee, Olymipics; Rina Neoh, Norza Zakaria, President of Olympic Council and many more leaders attended and voiced their opinions. They perceived Asia to be one through opportunities and seeking national and international support in sports, trade, food, entertainment, hospitality, tourism and culture. 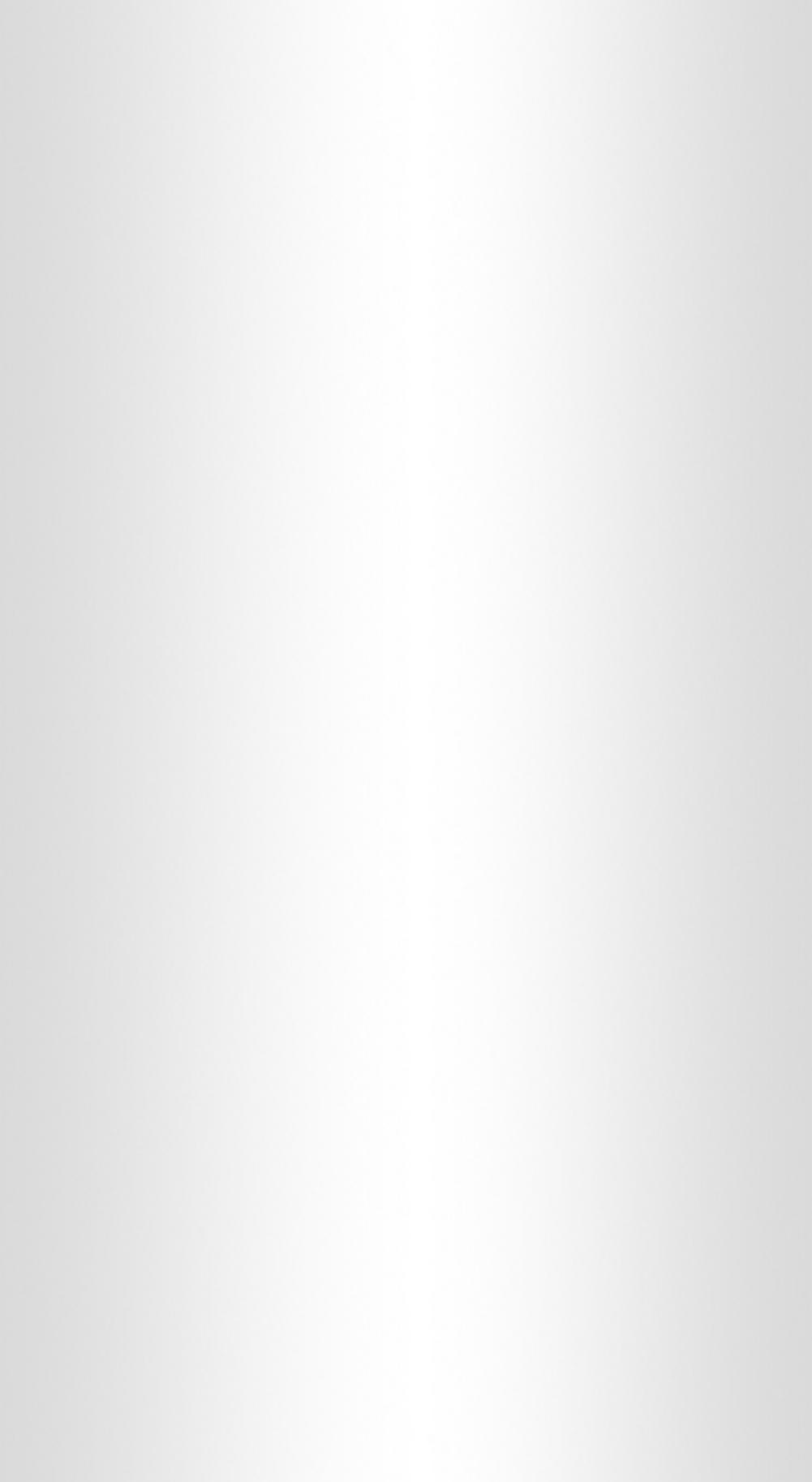 The greatest threat to our planet is the belief that someone else will save it. But we believe nature is a miracle but wise words and ideas can bring about a change and save the worlds. The topic of global interest, “Environmental Issues” from climate change, pollution to sustainable development, thoughts will be voiced to enlighten leader perspectives about environmental issues in a panel discussion. This will evoke a sense of responsibility, innovative solutions and awareness towards an aspiring and transforming India.

Thought Leadership Symposium 2019 is an initiative for leaders of different backgrounds to come together, discuss about environmental issues and direct us with innovative perspectives. An urge to recognize environmental issues as a serious topic was created at the event. Being a topic national and international interest, the crisis was brought on the table motivating leaders from different industries to come along and do their bit to transform and accentuate changes to save the environmental issues.

Leaders different skills sets came together to form a panel group to create awareness and discuss the biggest concern of 2019 which is Environmental issues. The perspectives and thoughts were shared by Ms. Sumaira Abdulali, Founder of NGO Awaaz; Mr. Aabid Surti, Environmentalist, Jounalist, Cartoonist, Founder of Drop Dead Foundation, Ms. Shweta Mehta, Winner of MTV roadies, Ms. Mahima Shastri, Actress and Mr. Saurabh Gupta, environmentalist, Founder of earth5r. They together set out key factors which would affect the health of the future generations if the precautions were not taken. They spoke about saving water, creating awareness about physical, mental and environmental health. They acknowledged the fact of developing technologies without balancing caustic effects in nature. With great knowledge and ambition they expressed the importance to unite and contribute towards the environment by participation in clean up drives, joining causes (save birds, animals, trees etc), finding biodegradable alternatives to reduce pollution. 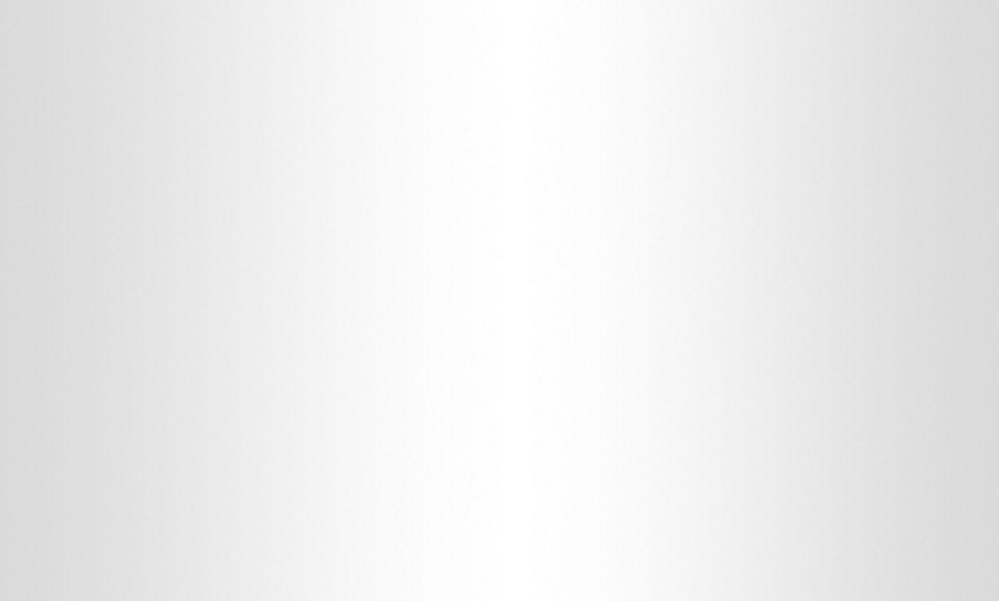 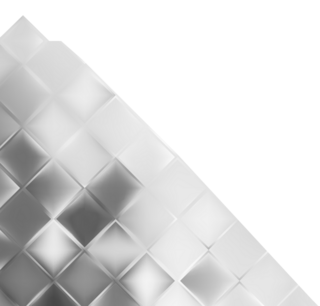 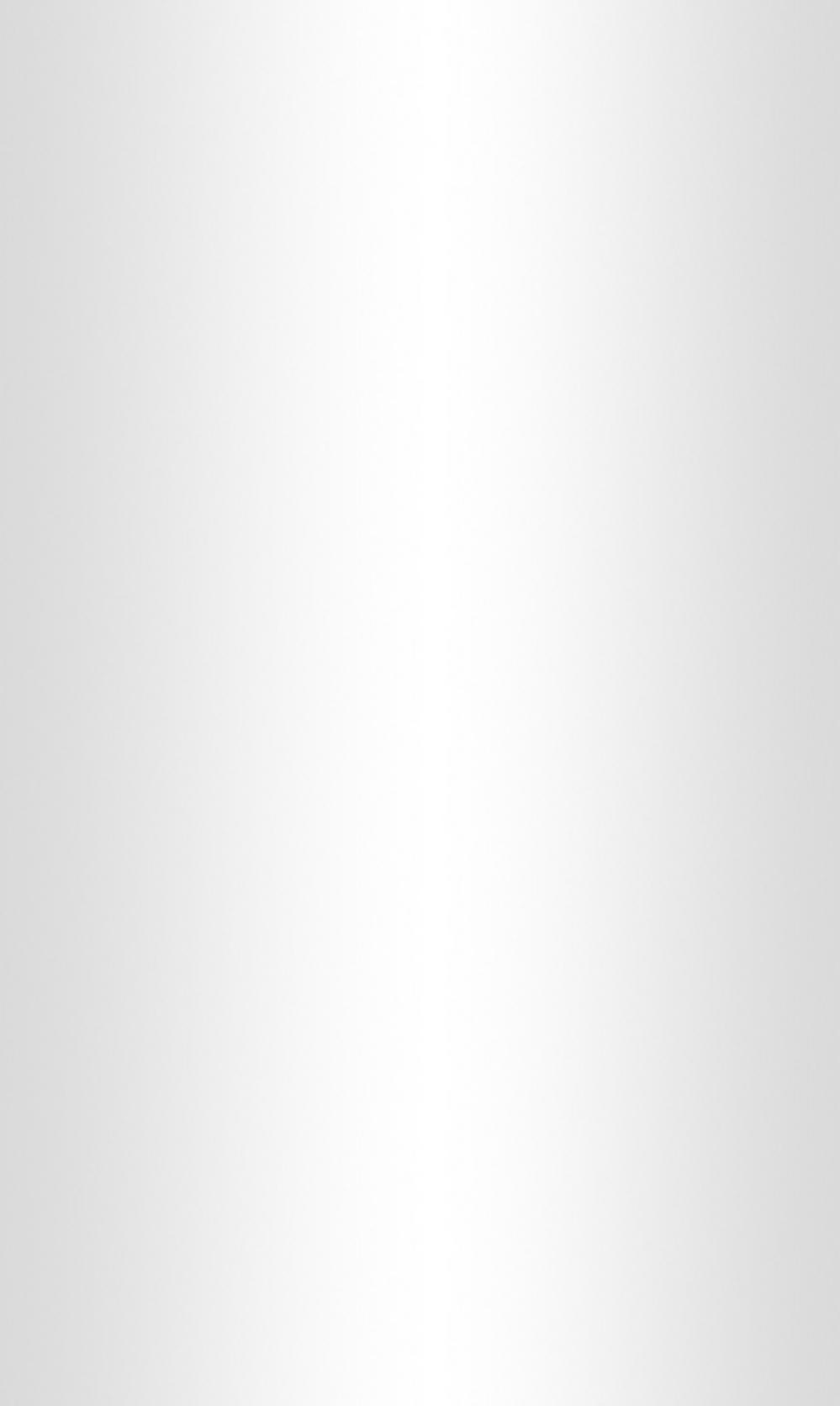 Global Business Symposium provides a unique opportunity to listen to global thought leaders engage in thought-provoking, and future-focused dialogues and networking that shape the future of governments and business across globe. The agenda of this summit is to bridge gap between economic growth and social inclusion.

The vision was that Rise of Asia to be a powerful global block. The political conflicts, the opportunities and influence of nations were discussed to grow and bridge the gap reducing boundaries. The Asian market was compared to the American market and the everyone agreed that Asia has equal and more potential to have a bigger outcome from the Asian markets with more purchasing power.

​No 1 Global News Portal For Stories That Matter

Herald Global presented the Thought Leadership Symposium which started with the intellectual panel discussion on topic “Champion of Change” which was a discussion and acknowledgement of the generation of innovators, creators, and entrepreneurs who have boldly envisioned, realized and substantiated their aspirations to create the future, and transform the world. The motive was to discuss the adaptation to innovation and change to create huge impact on consumers in terms of loyalty, trust, reliability and image to transform into a leader of the time.

Terence Lewis, Choregrapher; Dalip Tahil, Actor; Shiamak Davar, Choregrapher, Divyanka Tripathi Actress were some of the leading champions from their respective industries who humbled us with their presence and contribution with opinions at our symposium. Change is the only constant. They believed that adapting to innovations and transforming with the changing time leads to climbing the staircase of leadership. They also shared that changing with time is like a responsibility as a leader to reach out to the people. When leaders create an impact and influence lifestyles and develop the nation realizing social responsibilities they can to truly proclaimed as the champions of change.

Equality in the 21st century for gender.
Gender equality is achieved when women and men enjoy the same rights and opportunities across all sectors of society, including economic participation and decision-making, and when the different behaviours, aspirations and needs of women and men are equally valued and favoured. In India, the scenario of this issue has changed and women are progressing with empowerment in different industries all around the nation. This women empowerment symposium aims to recognize and create awareness about gender equality in different sectors of life. The initiative was supported by well known and successful personalities from research, politics, sports, medicine, education, entertainment, business and many more industries.

Recognition and support always boost the progress of a nation was highlighted in the symposium. Equal opportunities would lead to fewer insecurities and maximum outcome. Gender discrimination would create a block in the transformation. Transformation begins from the womb. When there is change in behaviour and opinion at the household level, the dominos would eventually fall and we would achieve the sustainable development goal of gender equality. 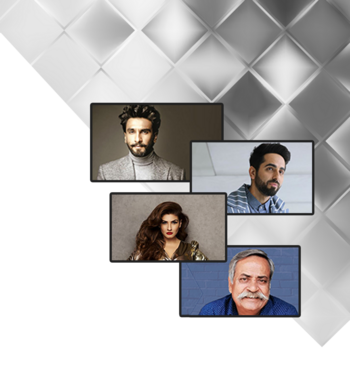 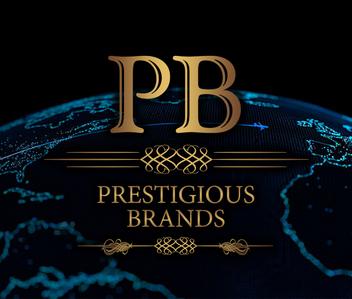 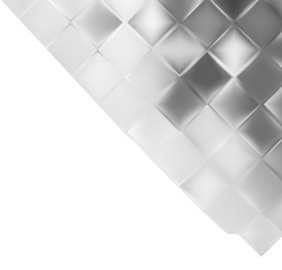 Global Business Symposium 2021 is an initiative of the Herald Global that envisions to bring together visionaries, thought leaders, heads of state, policy makers, academicians and corporate heads cohesively driving a singular agenda for Scripting Economic Change, by discussing myriads of ways to explore the business prospects, economic reforms, growth sustenance, and other key issues that hinders economic growth of enterprises globally. With the best present, Townhall, was an opportunity presented to speak about topical inspirations. Success with a goal and passion is the foundation of notable stories. Providing an opportunity to speak on Achiever's Mindset - The Untold Bit, the discussion was insightful as it gave everyone a chance to understand different perspectives and experiences.The event was attended by honourable guests from across the nation. The Editor-in-Chief of Herald Global, Mr. Saimik Sen, Mr. Manoj Adlakha, Mr. Dilip Salgaocar, Mr. Manu Kumar, Mr. Pankaj Kapoor, Mr.Kush Kher;all achievers in their respective industries, spoke about “Achiever’s Mindset- The Untold Bit”, involving their untold story which the world is unaware about. Winners of Industry’s No. 1 included Mr. Manoj Adhlakha, Mr. Dilip Salgaocar, Mr. Dilip Surana, Mr. Virat Kohli, Ms. Twinkle Khanna and many more esteemed leaders from different industries like sports, entertainment, business, advertising, health & fitness, law, art and culture. Some of the winners of Prestigious Brands and People’s Brands announced were Innisfree, Cathay Pacific, ICICI, Swiggy, Everest Masala, Nestle and many more. 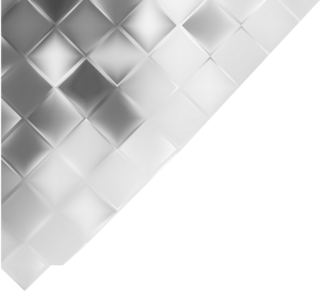 Unveiling of the 100 Prestigious brands of asia

Goal Fest Conclave 2020 is an Initiative by Herald Global to celebrate the achievements of the visionaries, thought leaders, heads of state, policy makers, academicians and corporate heads playing a pivotal role in shaping industries with their inspiring contribution. Obstacles are frightful but the one with the courage to pursue the journey are the true achievers. With the best in the Industry present here Tea-Talks was an opportunity presented to speak about topical inspirations. Success with a goal and passion is the foundation of notable stories. But choosing hard work daily, breaking boundaries, creating a revolution and training to get better than yourself is the building of a true leader. The event was attended by honourable guests from across the nation. The Editor-in-Chief of Herald Global, Mr. Saimik Sen, Ms Bhoomi Trivedi, Mr. Benny Dayal, Mr. Uday Raj Mishra, Ms. Agrima Chaturvedi, Mr. Malcolm D'Souza, Mr. K. Ashish Rao; all achievers in their respective industries, spoke about “Achiever’s Mindset- The Untold Bit”, involving their untold story which the world is unaware about. Winners of Industry’s No. 1 included Bhoomi Trivedi, Benny Dayal, Armaan Malik, Piyush Pandey, Robin Sharma, Uday Kotak and many more esteemed leaders from different industries like sports, entertainment, business, advertising, health & fitness, law, art and culture. Some of the winners of Prestigious Brands and Brand of the Decade announced were HDFC Housing Finance, Kellogg’s, McDonald’s, Swiggy, Taj Hotels, Air India, Cadbury Dairy Milk, Canon Cameras, Samsung Appliances and many more.

All the talk in the West is about an Asian century i.e. the 21st Century. This sentiment is essentially rooted in the belief as Asia is becoming the engine of global economic growth and will come to dominate the world in more ways than one.

Asia has seen major progress. It is the source of global economic growth, with about one-half or two-third of the world's population, and a huge majority of the world's landmass. It has some of the world's strongest powers (China, Japan, India, Indonesia, South Korea—among many), and other regions are realising that Asia will be the strongest magnet.

Every member is connected with the thought of Asia being the growing economy. As history takes it that the world belonged to Asia, the leaders and representatives believed that Asia is emerging with the developing technology, transport, production, revenues and entertainment. Asia has the highest potential if the nations come together, trust each other and invest in different sectors to accentuate the growth of the people and mark a spot in the global map. The GBS initiative helped us broadcast the knowledge and thoughts of nations and achieve the opinion of owning the 21st century as an Asian citizen.

Global Business Symposium, Dubai was a provision to bring nations under on roof through representatives of leading brands and personalities from UAE, Saudi Arabia, Thailand, Sri Lanka, Bangladesh, India.